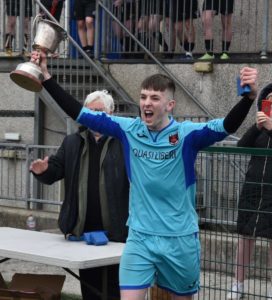 Congratulations to our U19 Soccer Team who beat Coláiste Mhuire Buttevant in the John Murphy Cup Final which was played in Carrigaline Thursday the 3rd of February.

St. Peter’s were leading 3-0 at half time with impressive goals from Alex Linehan (2) and Kristian O’Callaghan. Buttevant  managed to come back in the second half and scored two goals. 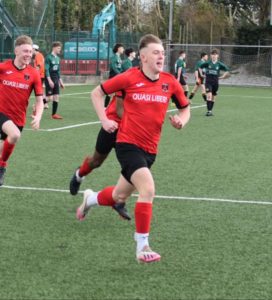 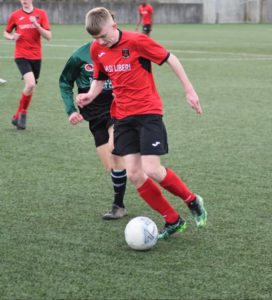 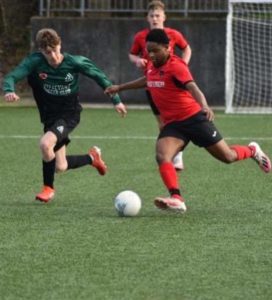 Dance of a different beat!

The neutral venue of Carrigaline AFC was the scene of one of the most spirited and organised displays of soccer St. Peter’s senior boys’ team have ever produced. Our girls have had stylish success in the past winning Munster and All Ireland Schools’ B titles and so it was finally time for the lads to step up and match that, at least in part.

Amid chants and songs led by our band of severely dedicated sixth years, St. Peter’s dominated the first half. The passing was smooth and controlled, razor sharp at times, pure quality. Well taken goals by Christian O’Callaghan and the superb Alex Lenihan (a brace) put the lads head and shoulders above at the break –a mallet-like hammering, 3-0. It was always going to be difficult to come back from that, but credit must be given to the opposition who refused to give in.

The lads from Buttevant were a solid and confident group and their midfield were a real a presence. They grew into the game, but they were cut down by a snappy defence that chopped away smoothly and swept up any would-be attacks. Buttevant did get a penalty to get them back in it and they followed up soon after with another to make it 3-2. But players like James Desmond and Denis O’Brien worked hard on the fringes and kept control, their never say die attitude, further highlights.

There’ll be a lot to comb over in advance of the All Ireland semi final but for now it’s time to celebrate. 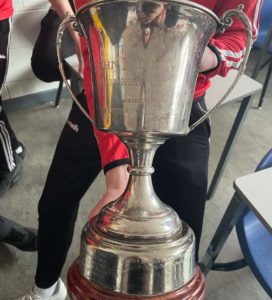 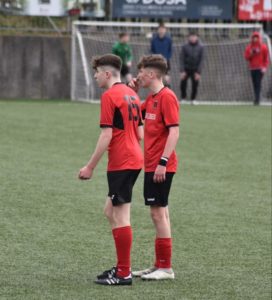 Well done to our Senior Girls’ Soccer Team who s

Our TY History students, accompanied by their teac

Well done to the Junior Girls’ Soccer Team who d

Well done to our U19 Boys’ Basketball Team who r

It’s been a busy few days in the Home Economics

Hard Luck to our U16 Girls’ Basketball Team, who

Well done to our St. Peter’s U19 Boys’ Basketb

Last Friday, 11th November, some members of our Sc

Congratulations to our U19 Girls’ Basketball Tea

Well done to our Transition Years who recently com

On Monday 24th October, all of our Second Years en

Well done to our U16 Girls Basketball team, who de

Many thanks to the team at Dunmore East Adventure